The technology around vaporizing concentrates is constantly advancing, as a relatively new, high-tech method of consumption. Everything we know about concentrates continues to change as these advancements are made. From the materials used to produce them, all the way to the methods used to vaporize them we can see innovation. These advancements seem like they could change the way we see bangers entirely. In fact, some of the most recent advancements have changed the materials that bangers are made from as well as the shape. The most popular recent developmental offshoot of which is the terp slurp banger or terp slurper banger. 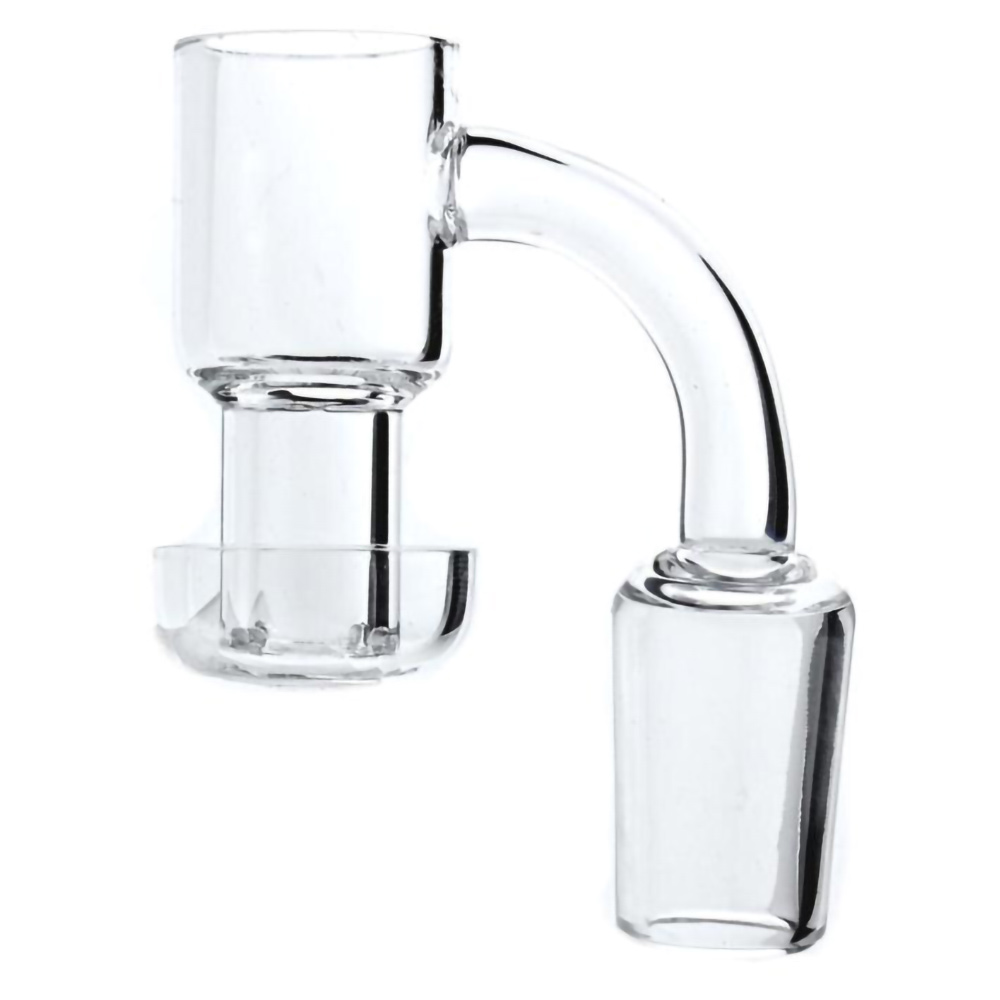 When compared to a conventional banger, the terp slurp banger may seem a bit outlandish. From even a cursory glance, you can see that the design is quite different from what is commonly known. The terp slurp is comprised of three separate sections. The top section resembles the shape of a standard banger. The middle section is a thinner tube that features slits at the bottom. Finally, the bottom part of the terp slurper is simply a dish connected to the tube. This banger is also utilized in a different manner than the standard design. It allows you to place the carb cap before adding the concentrates, which contrasts a standard banger in which the cap is added last.

The banger is used most effectively by first placing the carb cap on top, and then heating the bottom dish. Next, the user places their concentrates of choice into the small dish. It is sucked up through the slits at the bottom of the tube into the middle and upper portions. The concentrates are then evenly distributed around the inside of the banger making efficient use of it's increased surface area.

The design of the terp slurper makes it especially efficient for those wishing to take larger dabs. In cases where the dab is too large for the bottom dish, it's possible to use it similarly to a standard banger. Used this way, the dish is heated to the desired temperature, then concentrates are placed in the top, followed by the carb cap.

With so many advancements in dabbing concentrates, it isn't surprising to see different forms such as the terp slurper emerging. Experimentation into low-temperature vaporization has lead to many new banger styles, however, this innovation is likely to open new doors.