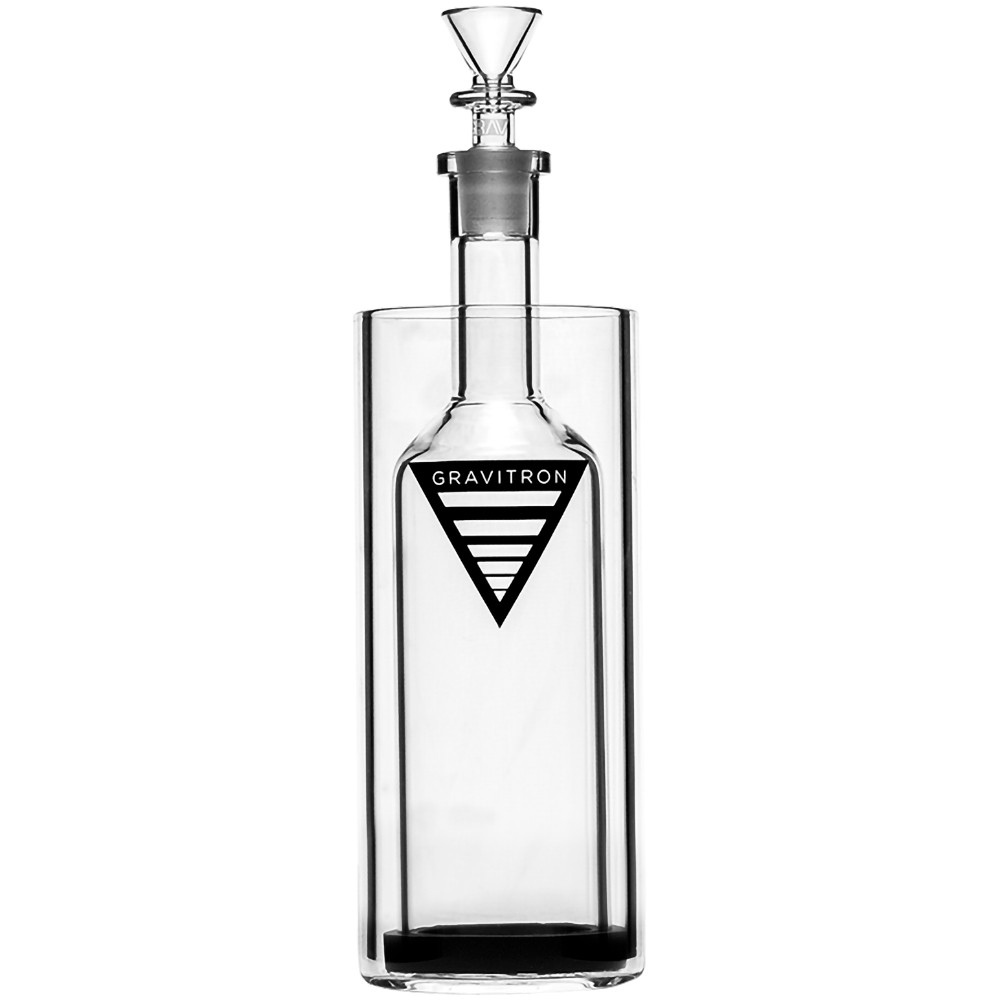 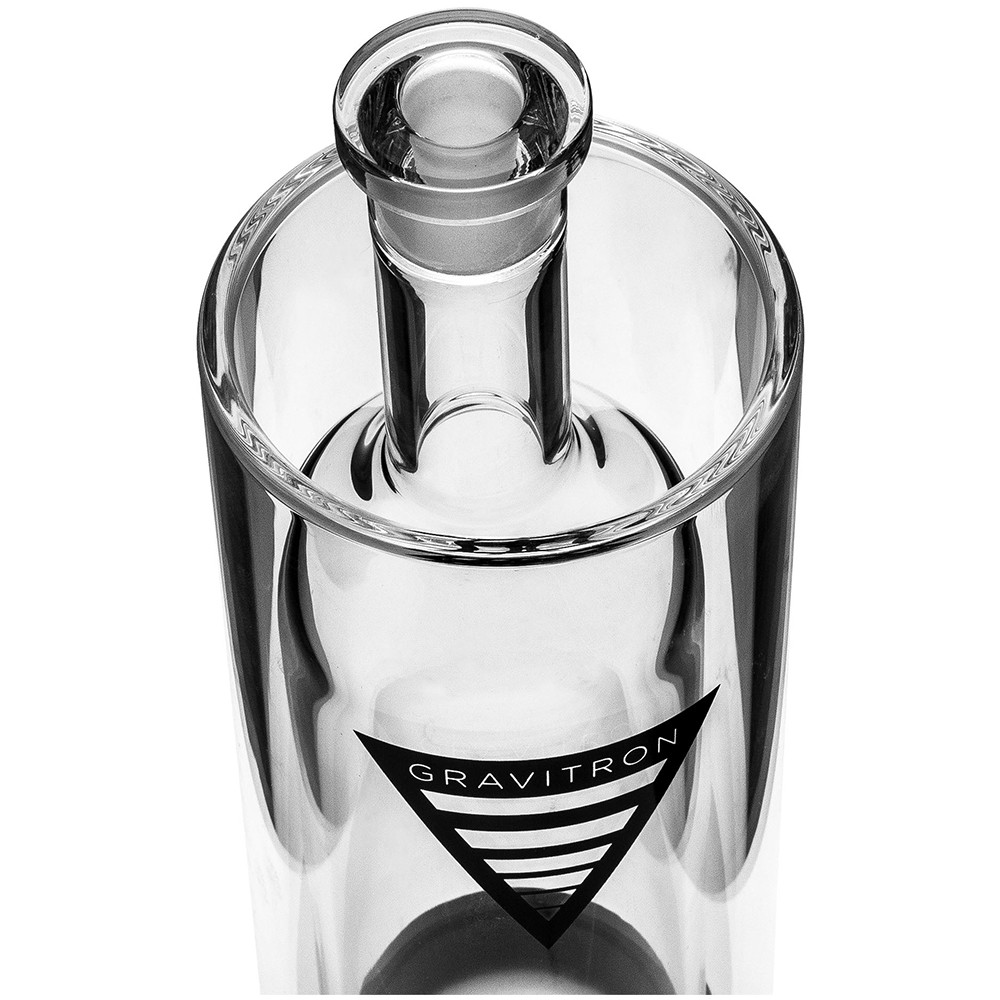 The GRAV Gravitron Gravity Bong is the original party piece. Now, after many years of enjoyment, GRAV has poured their hearts into elevating the Gravitron to a new level.

Introducing the 2.0 Gravitron. Now with thicker glass and an improved grommet for a tighter seal. Standing 9" tall, the Medium Gravitron 2.0 is ready to be the centerpiece at any party.

This gravity-powered bong uses water to create a vacuum seal, and raising the Gravitron will draw smoke from your favorite herbal blend inside. Then, remove the bowl and take the strongest hit of your life!

Bring the Gravitron to any party and you will be the star!

This is the smaller version of the large Gravitron, but it still packs the same kind of punch you'd expect from a gravity bong. This new and improved version 2.0 Gravitron boasts a fivefold increase in glass thickness and upgraded platinum cured silicone grommet for a tighter seal. The 14 mm female ground joint now fits any 14 mm male bowl and the flange at the top of the neck makes lifting the bottle a breeze.

Although it's the ultimate party pipe, the Gravitron is still considered one of the most efficient smoking devices on the market today.

5 based on 2 reviews.
leave a review

Hadn't used one of these since college but those where made of plastic. This a nicely crafted gravity bong.

Hadn't used one of these since college but those where made of plastic. This a nicely crafted gravity bong.