The true origins of the bong or water pipe are ancient and overtime this important tool was used by many diverse cultures. While all of the details may never fully be known, there are several interesting facts and findings in the development of bongs and water pipes. So we decided to condense everything we could learn and find on the internet to take a quick look at the history of the bong and other pipes.

History of the Word Bong

We begin this discussion by looking at the roots of the word "bong" itself. These are roots that would, somewhat ironically, come back to bite the legal standing and development of the bong in society.

Bong comes from the Scythian word "Bhanga". This Iranian dialect then influenced the use of the term that spread through asia to be known in places like India as Hindi "bhāṅg" and Urdu "bhang hemp". In places like Thailand and southeast Asia, the term bhong is typically used to refer to a water pipe. The word bong is thought to have come from the common use of this pipe to ingest bhang in Asia. 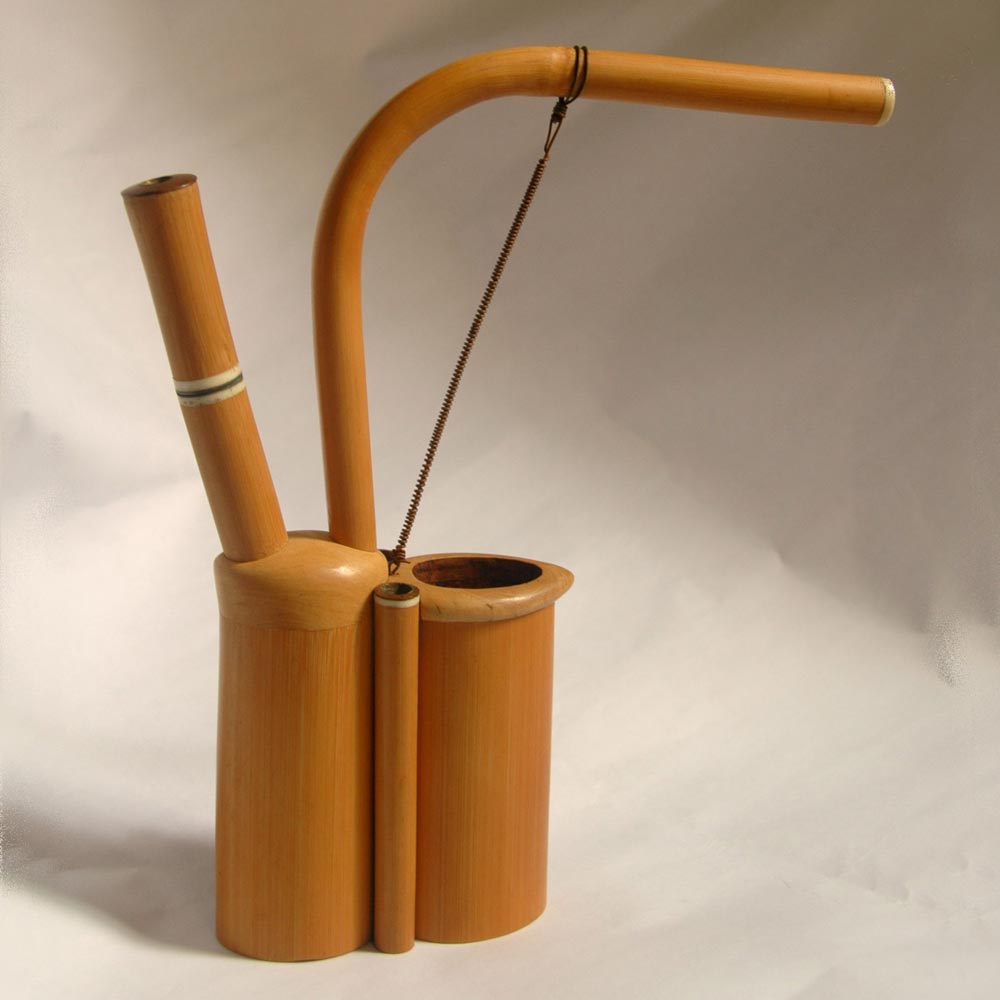 A modern rendition of an ancient Asian bamboo "bhong."

One of the earliest uses of the word in the West is in the McFarland Thai-English Dictionary, published in 1944, which describes bong as, "a bamboo waterpipe for smoking kancha, tree, hashish, or the hemp-plant." Unfortunately, the name bong and its roots may have gotten it blacklisted under certain oppressive conservative laws.

History of the Bong and Other Pipes

The oldest recorded finding of pipes with cannabis residue were found in far-western China in an ancient cemetery. Archaeologists discovered several wooden pipes approximately 2,500 years old dating back to 1500 BCE containing trace amounts of THC. These ten "pipes" were actually wooden bowls meant to hold hot rocks within which cannabis was burned.

One of the wooden braziers found in the Jirzankal Cemetery, Western China.

In Southern Russia, several gold bucket or cup type vessels were discovered that were used for burning cannabis and serving an opium preparation. These solid gold artifacts were used by the Scynthians and are believed to be up to 2,400 years old. 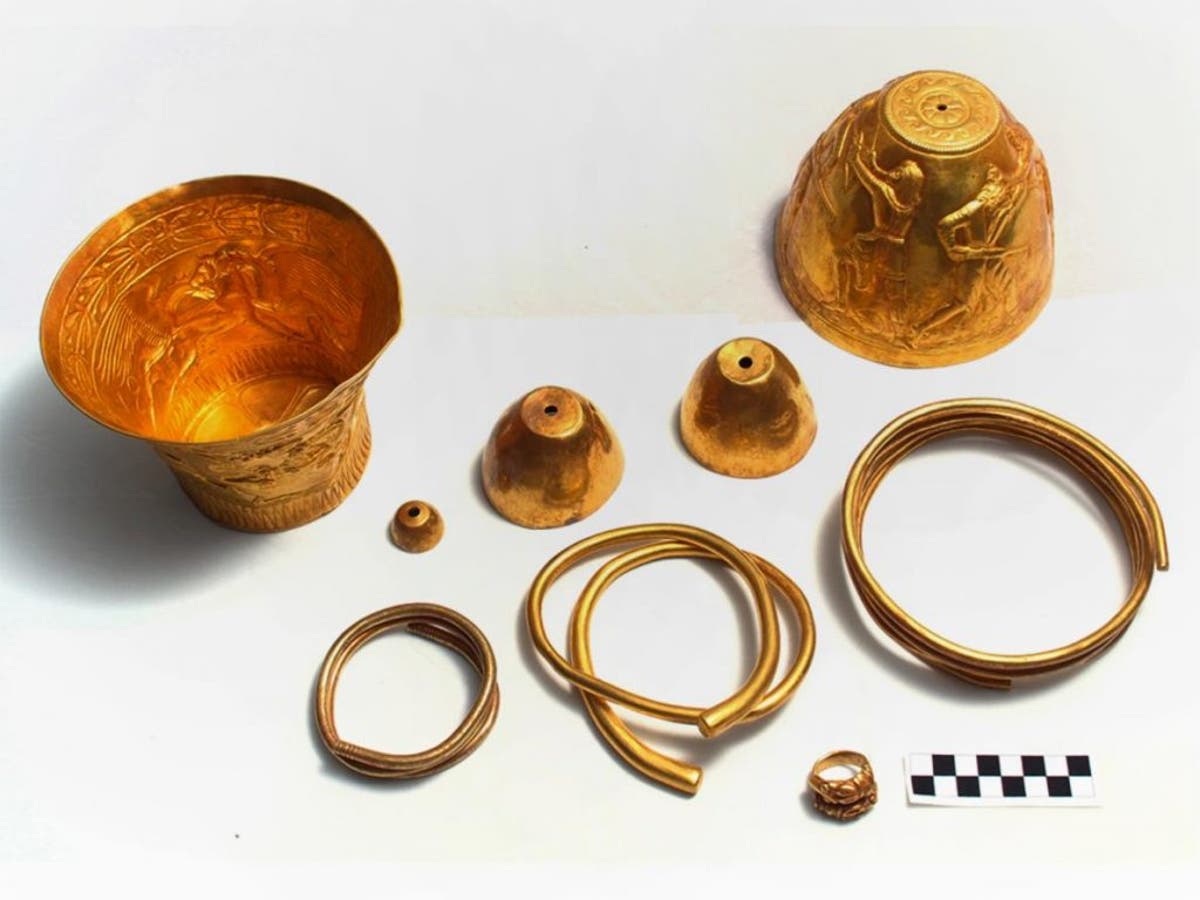 African water pipes similar to our modern day bongs were potentially used dating back to the 14th century. Archaeological evidence combined with earlier records of cannabis use lead most researchers and historians to believe the first bongs originated in Africa. These water pipes were born of the development of hookah and other social and ceremonial smoking pipes which later became prominent in Northern Africa. Below are several pipes with residue recovered from Ethiopia in Eastern Africa. 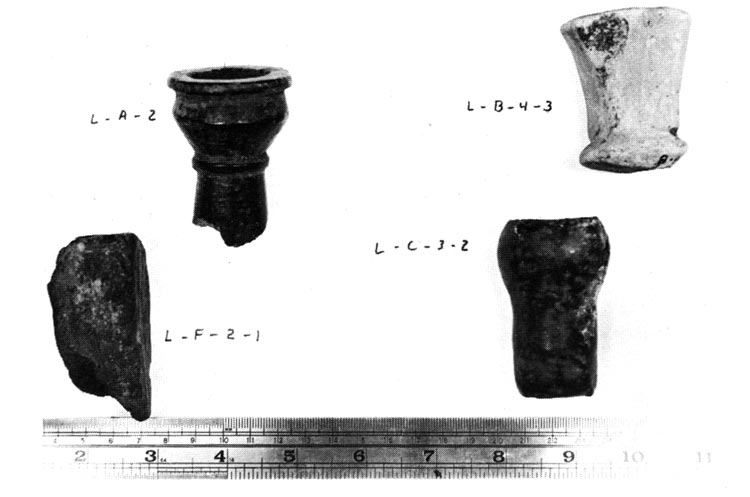 These are, however, merely theories using these relics as evidence. The first time bongs or water pipes were recorded in history being used to smoke cannabis was in the Qing Dynasty by Empress Dowager Cixi (circa 1861 CE), who was buried with three of her water pipes. 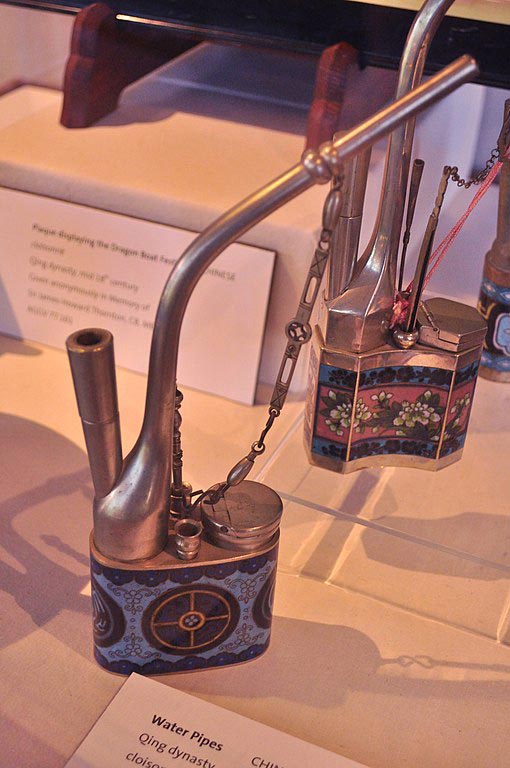 When Did Bongs First Include Water?

As mentioned earlier, smoking relics have been found dating back approximately 2,500 years, and some even contain traces of THC showing they were used to smoke cannabis. However, tobacco has been the most common plant for smoking throughout history and the first pipes to include water were used for tobacco.

One common story detailing early use of water pipes suggests that around the year 1600 Portuguese merchants visited Bijapur in India bringing tobacco, cigars, and pipes. The Indian emperor, Akbar was presented with tobacco leaves and a traditional Portuguese pipe for smoking them. After he took a few puffs and appeared affected by the harsh unfiltered smoke, the emperor's physician was worried this new and unknown substance could be dangerous. He suggested that the smoke be purified by passing it through water before being inhaled. He then created a pipe with a water reservoir, and the hookah or water pipe was born.

However, another theory argues that the first use of the bong was in Africa. Although concrete evidence has not been discovered, some claim that Africans all over the continent enjoyed cannabis using bowls of water. Additionally, there is historical and modern use of earth pipes dug in the ground. Although water pipes are less common outside of South Africa or East Africa, people consumed cannabis in other ways. 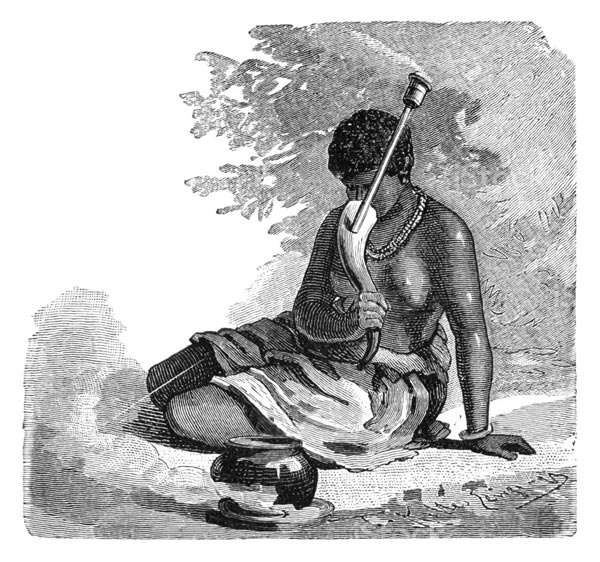 An African woman smoking from a Barrel Pipe, circa 19th Century.

Water pipes are used in many cultures and are often made from the materials most available in nature. In fact, when I was in Jamaica spending time with some Rastafarian people, they asked if I wanted to smoke the steam pipe. I didn't know what they meant, so of course I said yes. They sent a young man into the thick of the jungle and he came back with three pieces of bamboo in three distinct different sizes. He then shaped those pieces of bamboo into a perfect bong-like pipe made of all green bamboo. They made charcoal from coconut shell and used a can with holes at the bottom to vaporize the fresh ganja in the green bamboo bowl. It was pure flavor!

Long story short, the ways we smoke and enjoy cannabis has evolved through time from simple pots in the earth, to dry pipes, to purification through water, and finally to the modern glass bongs we use today. The history of bongs continues to evolve rapidly as we begin to enjoy cannabis through more electronic pipes like vaporizers and e-rigs.

At Waterbeds 'n' Stuff, we have the best selection of bongs and other pipes, so you can find the one that is perfect for you. If you have any questions, you can reach out to us on our website, Instagram or at one of our 12 retail stores.