With the emergence of vaporization cartridges, or pre-filled vape pen cartridges, many companies have begun releasing their own versions of the batteries required to use these trendy new products. While there are many different brands and almost unlimited choices, this discussion will stick to some of the most common and high-quality. One of the most popular companies with a top notch assortment of batteries to vape pre-filled cartridges is Randy’s. They have an entire line of batteries that vary in shape, design and utility greatly, so for the purpose of this article I will be using their products as my main reference.

It is important to keep in mind that many batteries have a similar design and usually also a similar function. However some brand name ones might receive minor upgrades that the cheaper ones do not. First, let's look at two of the most common choices for new vapers from Randy’s.

The most common oil vape pen battery is the Randy’s Click. This is a small, compact and easy to use battery that features a one button design for ease of use. Simply clicking the button several times in rapid succession will both turn on and turn off the unit. It is also good to mention that this unit is so compact because it features a more modern design that houses the cartridge in the side of the battery for a sleeker look and feel. The click runs at a pretty standard wattage which makes it a versatile battery and good for people just learning about these devices. 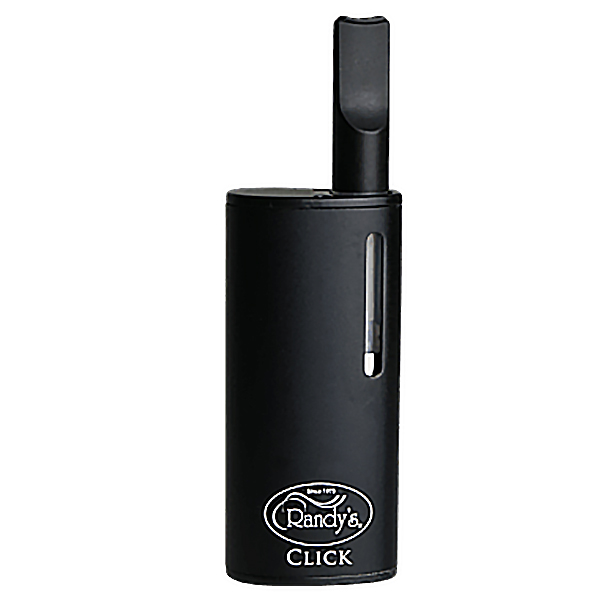 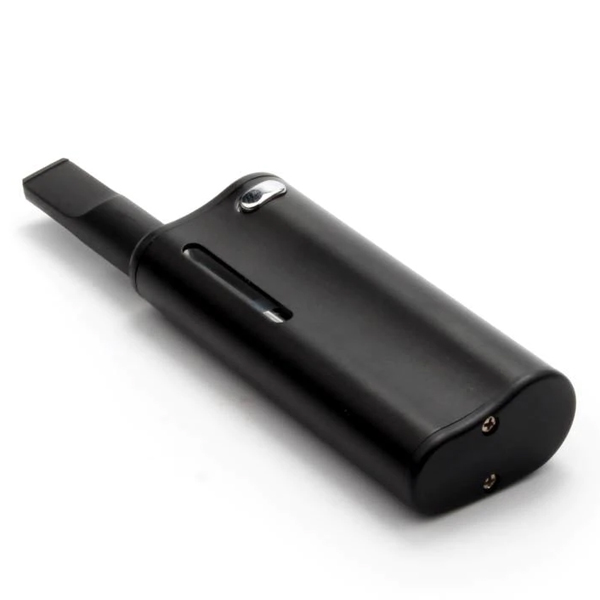 The second device that is worth mentioning in this category is the Exxus Snap as it features a similar design and output, the main difference being is the magnetic ring which holds the cartridge in place, as opposed to having to screw the cartridge in. The snap also features an auto draw system for those not wanting to hold a button when inhaling. 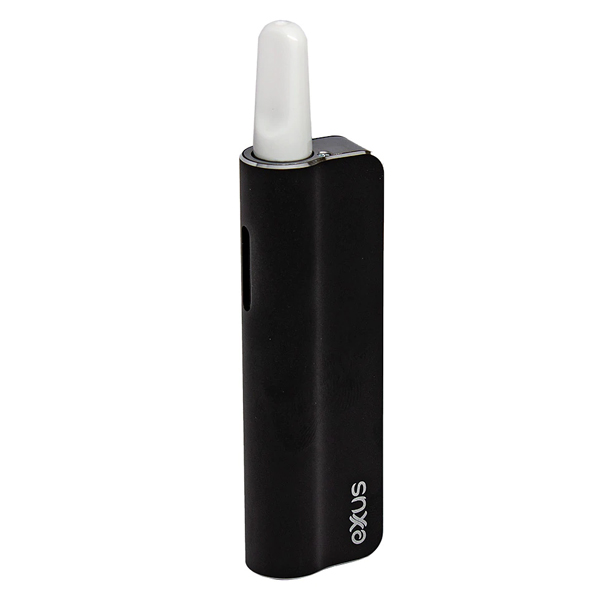 One notable mention when talking about compact batteries is the Randy’s Charm. This is a small easy to use variant of the click which may be the perfect fit for someone who values that extra bit of portability and style over a little extra power. The main problems people have with these units are that they have either purchased a cartridge that requires slightly more output than these units can deliver or that the integral cartridge holder is not wide enough, however both of these issues are uncommon. If you happen to be one of the people suffering from these issues then the next battery we discuss might be the one for you. 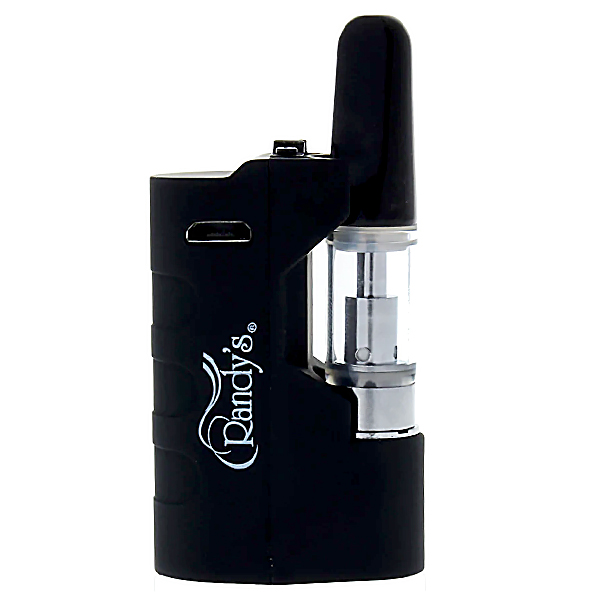 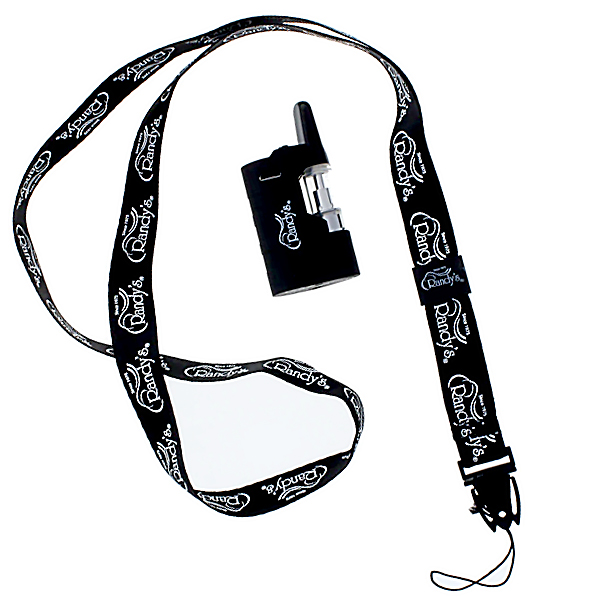 The battery which (not so long ago) used to be the most recommended battery is what most people would know as an eGo battery. This is the old school vape battery that many people first remember from the emergence of e-cigarettes or e-cigs. It is a stick shaped battery with one button that most likely glows blue when activated. You must hold the button down in order to inhale off of these batteries as they do not come with an auto draw system like we have seen in the Randy’s Snap or other similar products.The eGo batteries come in both single voltage and variable voltage batteries

The eGo battery does have a distinguishing characteristic that can be seen as a positive or a negative. They give off a slightly higher output than most vape pen batteries, like Randy’s, so this makes it ideal for people who are having trouble getting a good hit out of a specific cartridge. For this reason they have been able to stick around despite all of the more recent advancements.With this being said, its biggest strength is also its biggest weakness and the high level of output means that if your cartridge is not strong enough to stand up to it, you may prematurely burn out your cartridge making it entirely unusable. So I would say the eGo battery is best for only those especially stubborn cartridges. 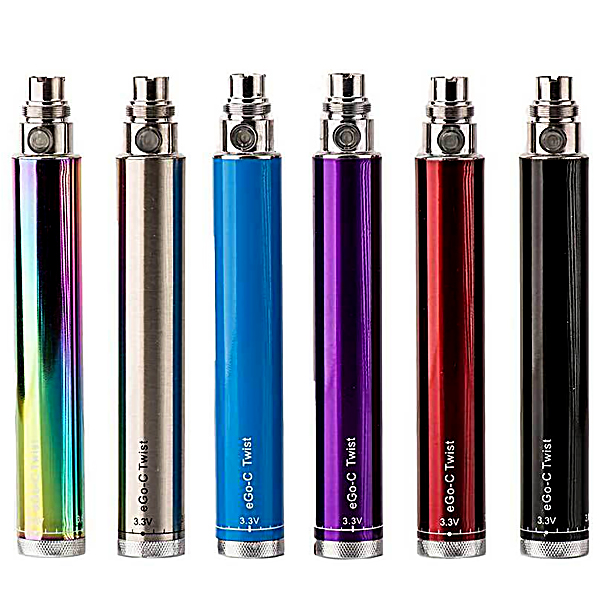 Aside from the considerations of which batteries are best for specific purposes, you must mind a few other concerns. The first is to make sure that the battery and cartridge have a 510 thread. This is the most common thread pattern connecting the battery to cartridge. Secondly, you should consider what you are vaping and whether it is an oil cartridge, concentrates, or for an e-cig. Typical oil cartridges will be best vaped with one of the vape pen batteries described above, but some thicker oils may need a variable voltage battery. Concentrate batteries with 510 thread may be used, but often times run too hot. Rather, concentrates like wax are best vaped with a good concentrate vape pen.

In conclusion the best thing you can do is consider the exact type of oil cartridge you have to decide what the most important aspect of a battery for you. If you want something discrete I recommend the Randy’s Prime, Click, Charm, or Exxus Snap. If you need more power use either an eGo or (providing you already have one) a concentrate vaporizer battery with a 510 thread pattern. Even if you just want something cheap you can purchase a small stick battery with auto draw, which is still a popular product, however nothing special, and due to its price can't be expected to last much longer than a few cartridges on average. But if you know what you want from your battery, you can set your priorities and follow this article to find the perfect oil vape pen battery for you.