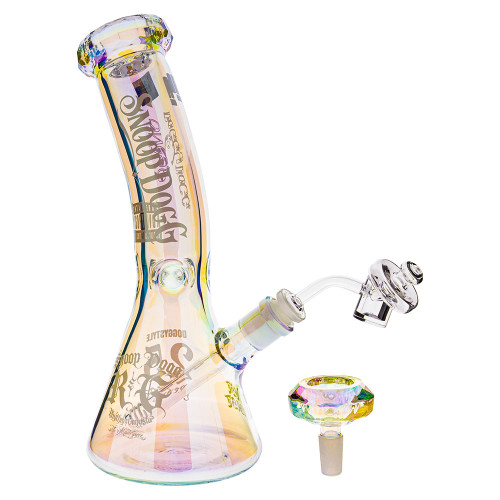 Limited Edition out of 500

Be a proud owner of one of these pipes while they last! Only 500 of these pipes have been made, and once they're gone there will not be any more. As of writing this we have pieces within the 100's, so your chances of having a low-numbered piece are still high! Each box and bong itself include a sticker authenticating its number. Whether as a gift or as a showcase piece, this legendary piece of history can be yours!

For ultimate comfort, as smoking should supply, the neck features a traditional ice pinch to hold ice to cool your smoke. If cooled smoke isn't your game, don't worry! It's completely optional to use ice during your sessions.

Includes both a Dry Herb Bowl and a Concentrate Banger