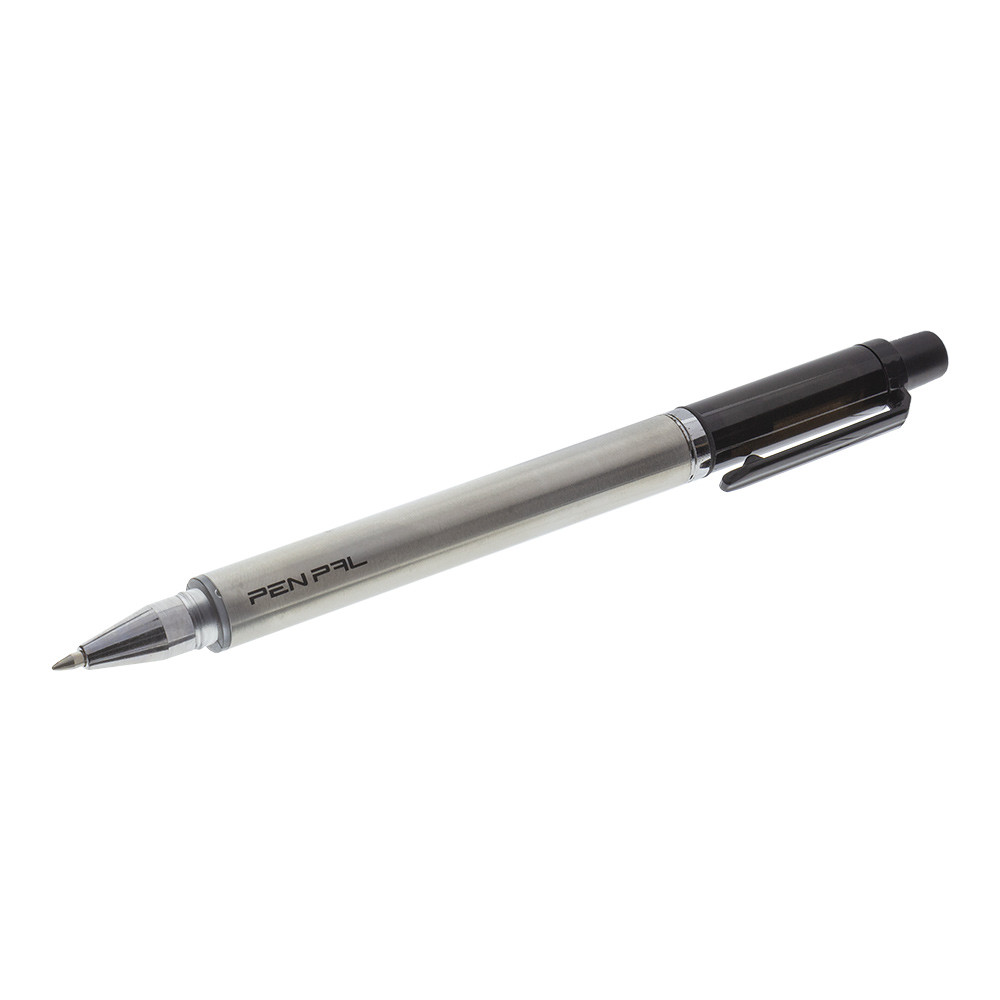 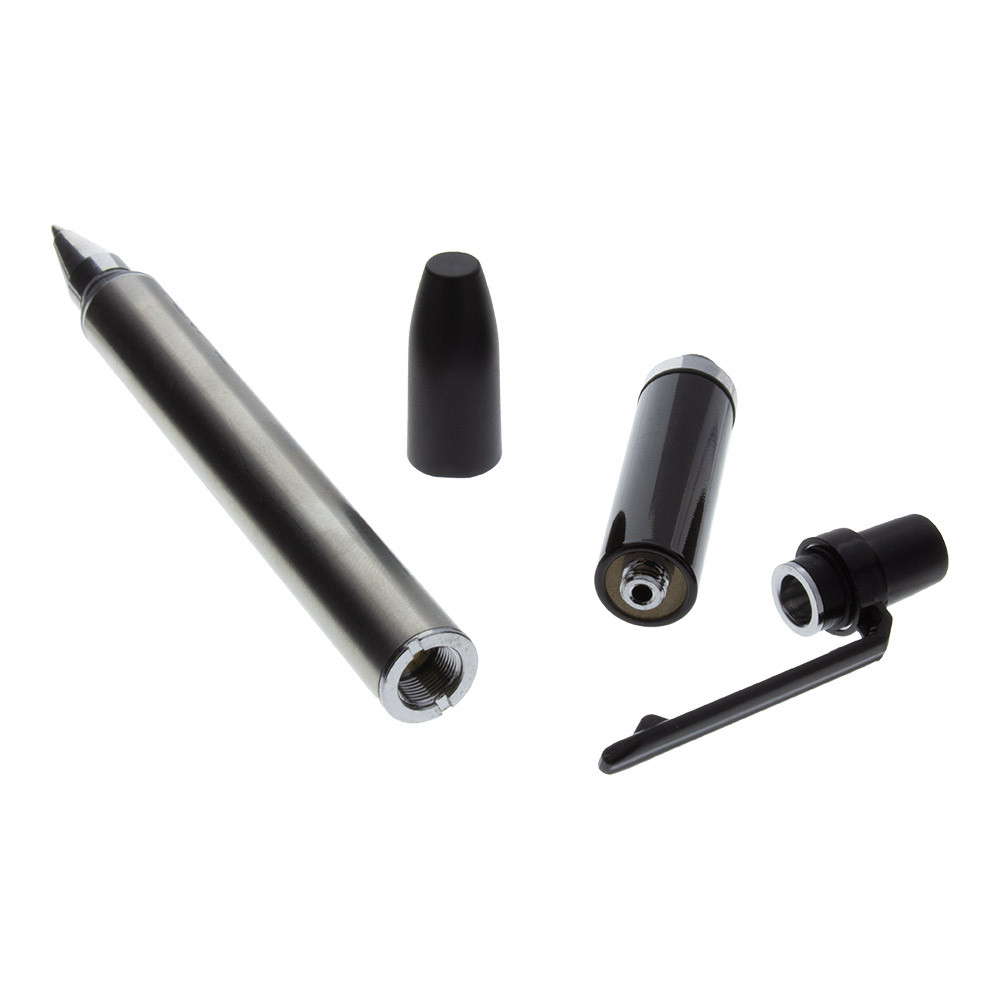 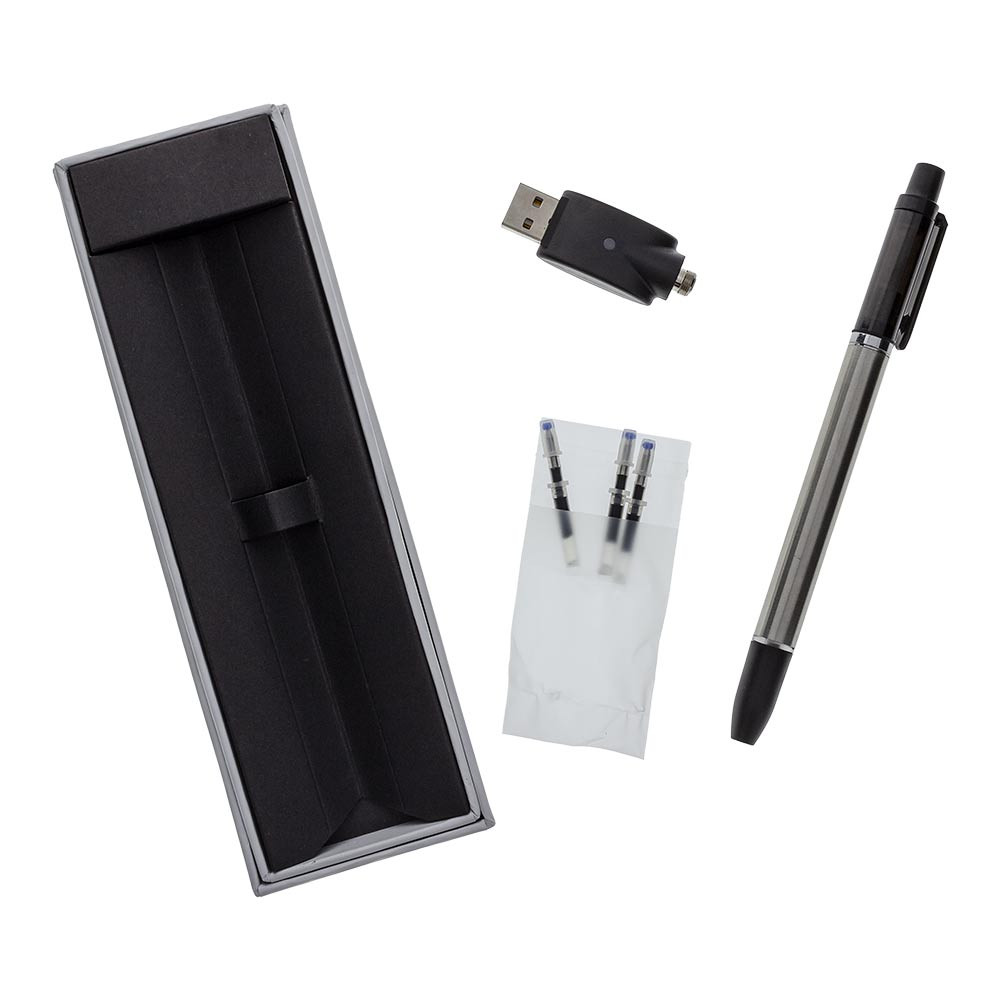 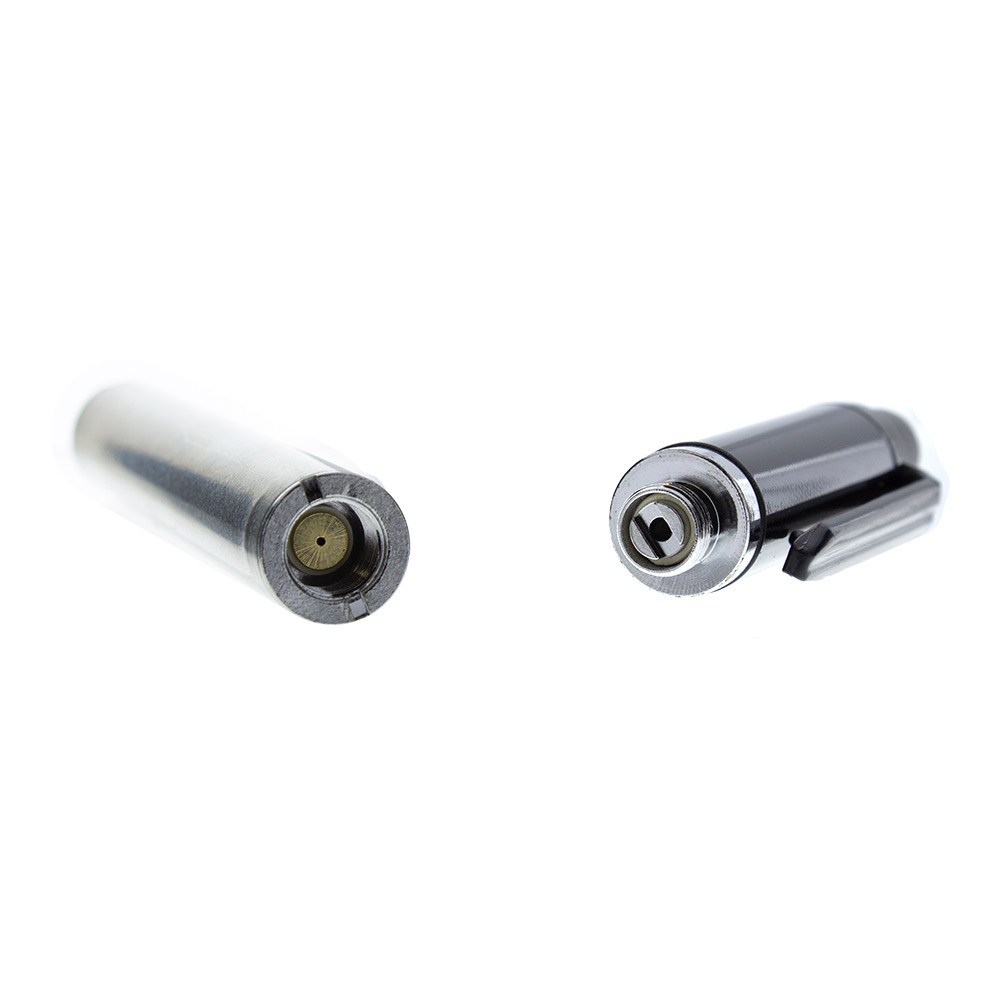 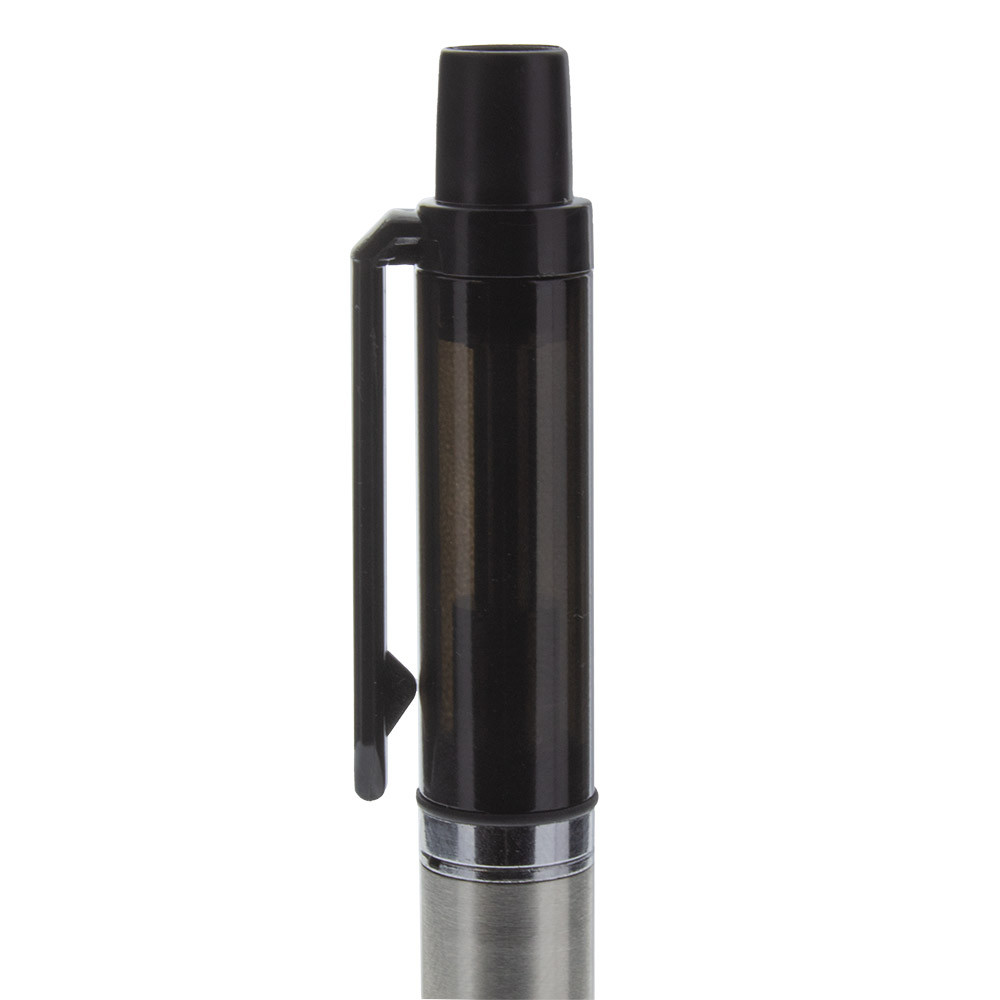 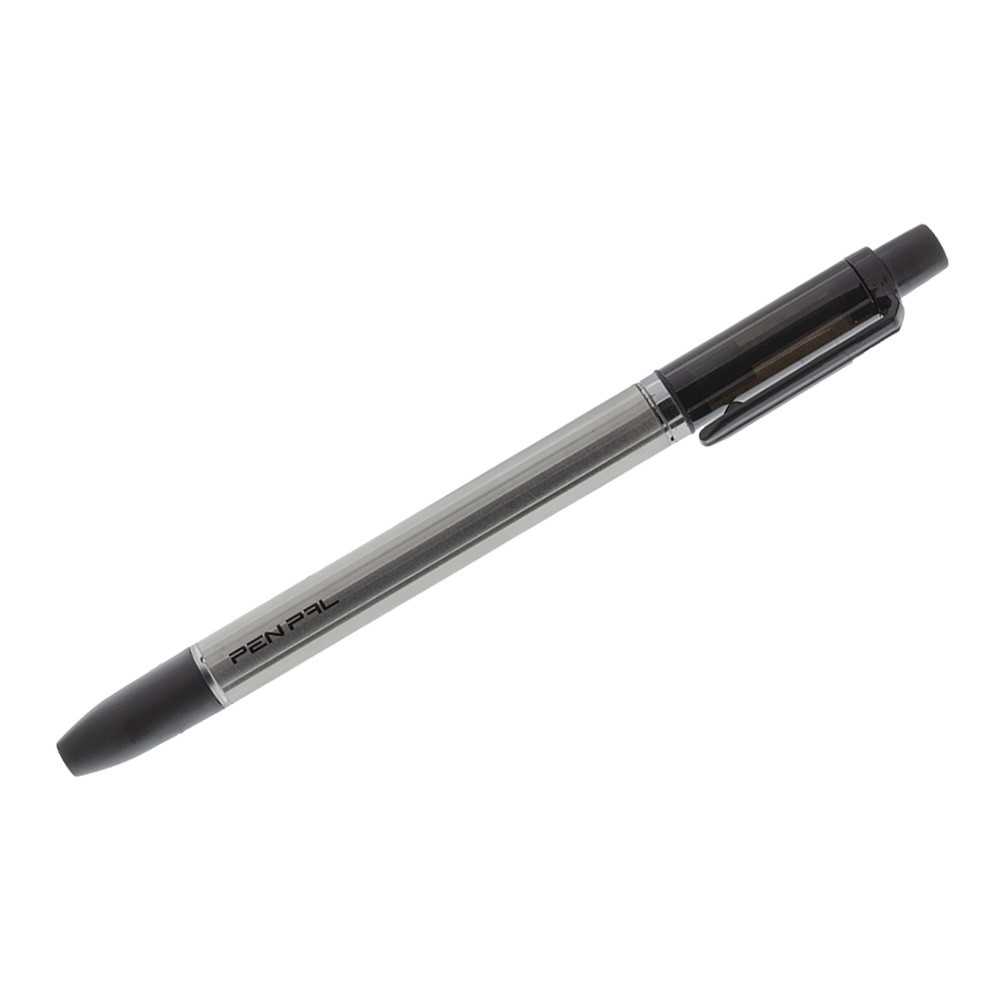 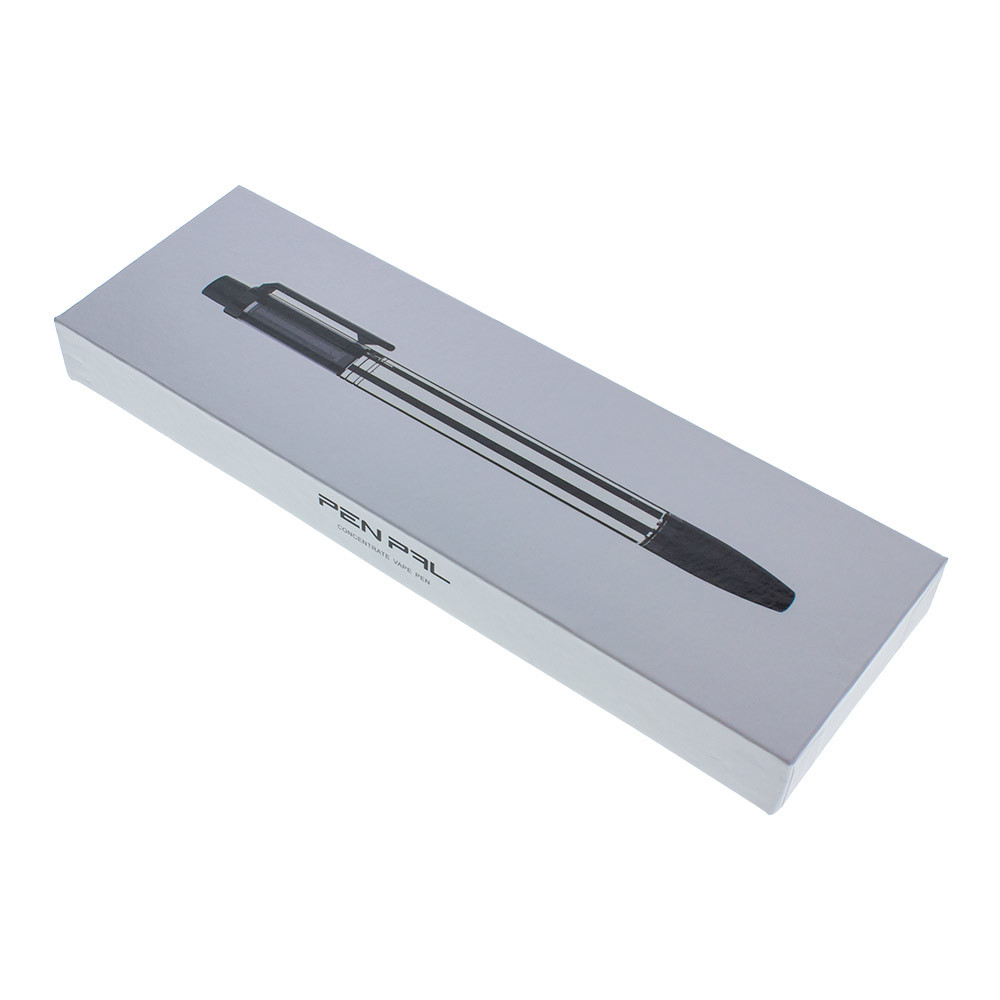 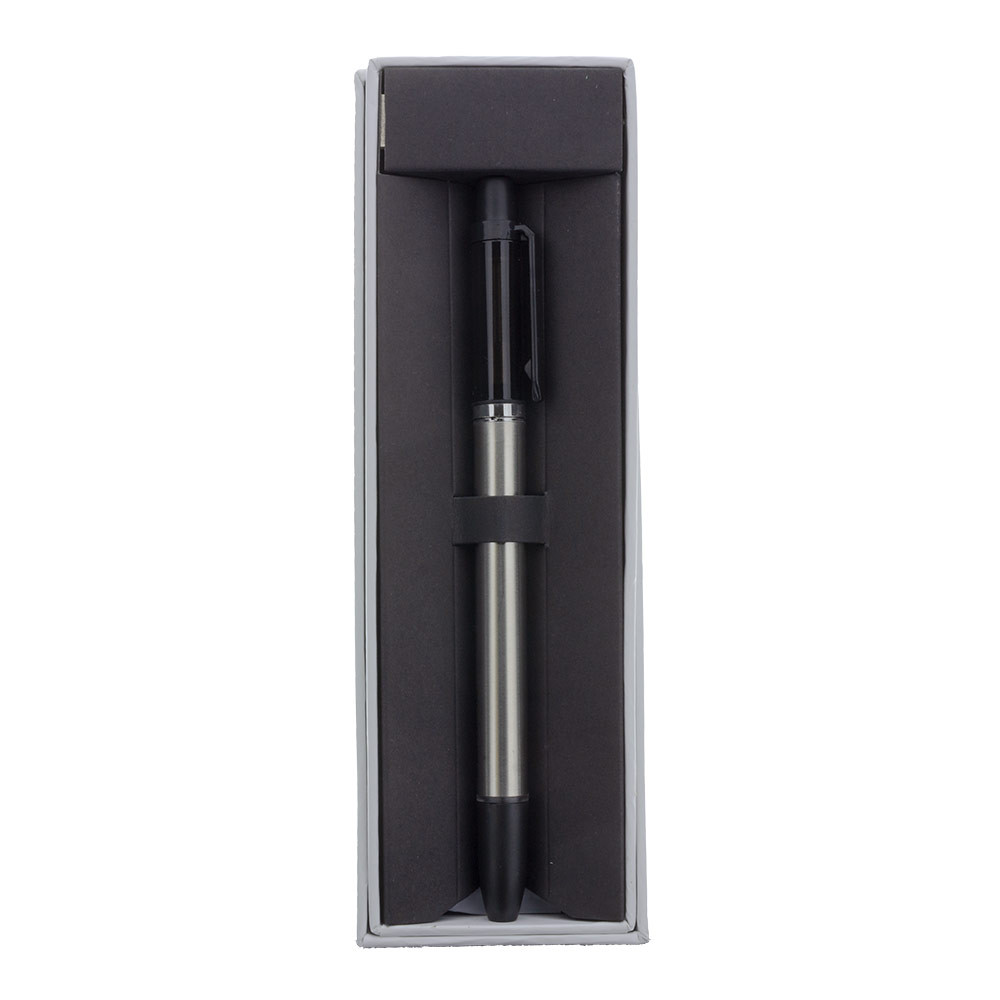 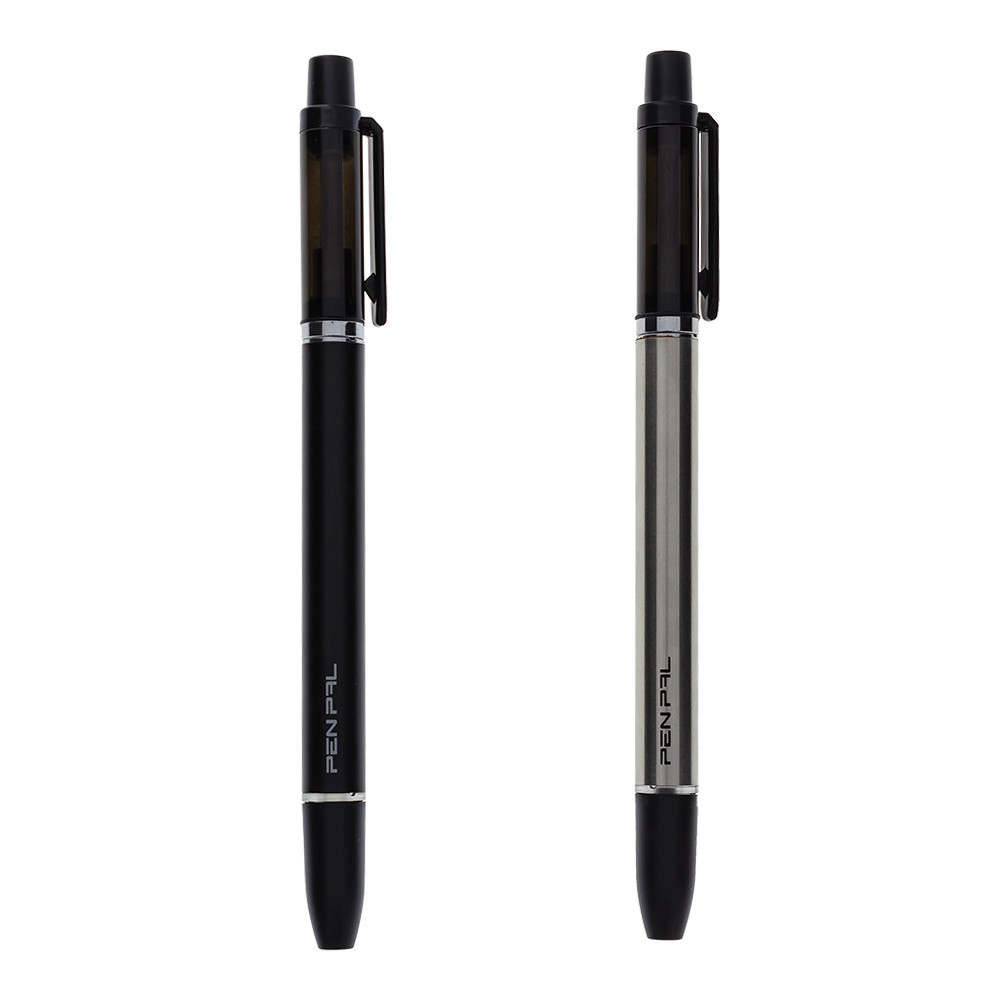 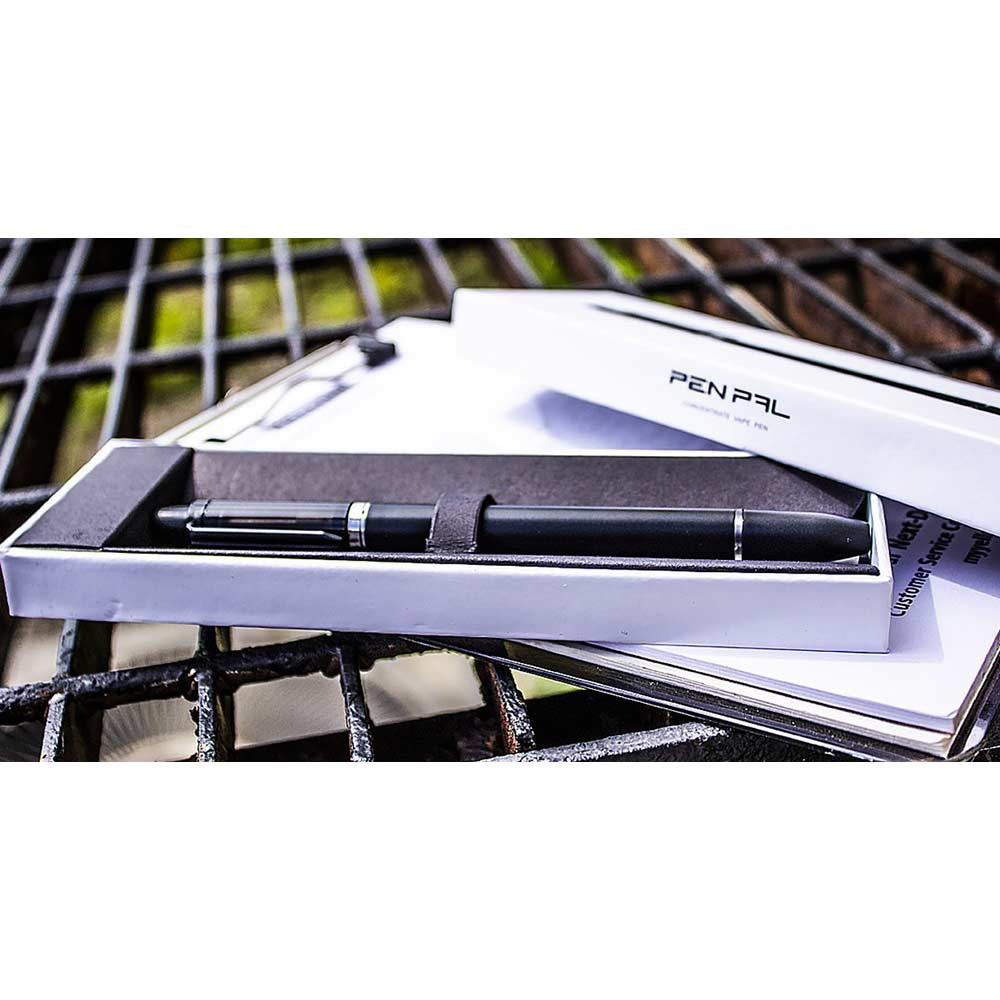 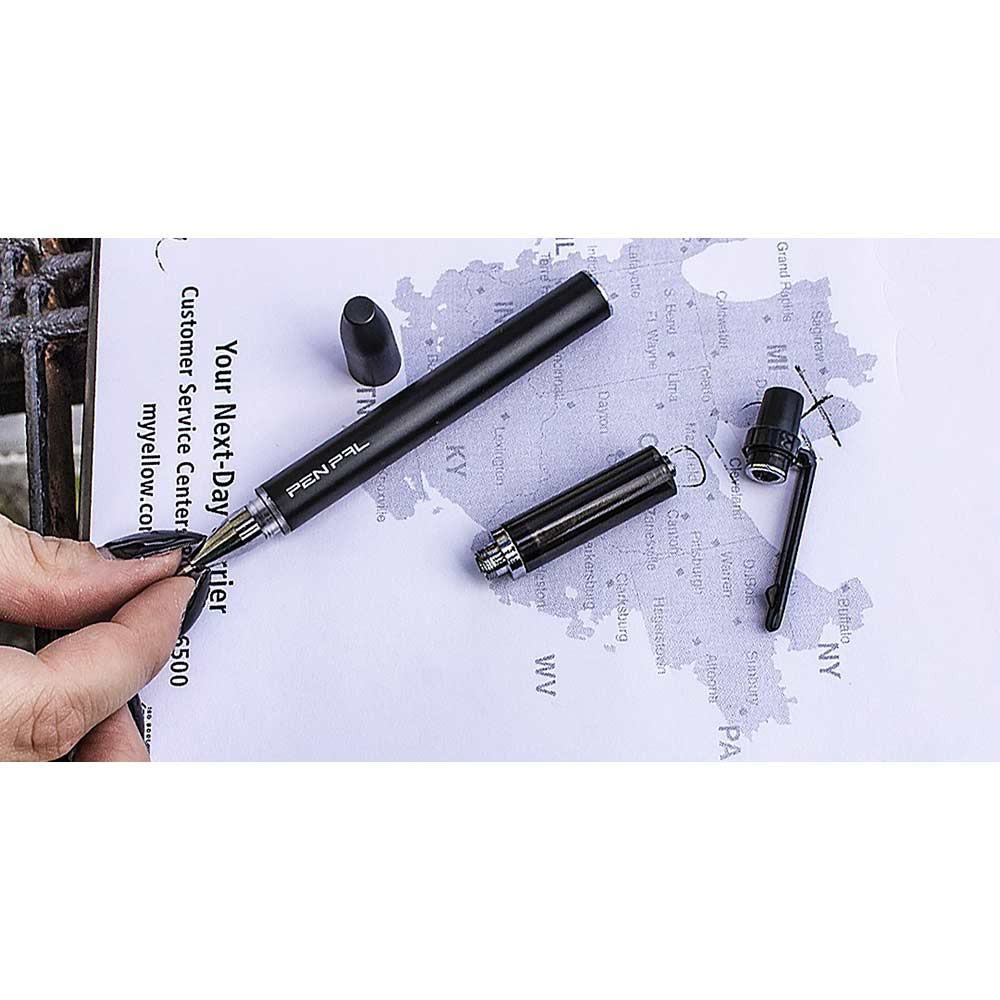 For the ultimate in discretion, you can't get much better than a pen vaporizer. This pen, though, acts just like a normal one! With a working tip and a clip, this Pen Pal concentrate vaporizer is completely concealed. The body is a 350 mAh battery and its tank can hold 1.0 mL of your favorite e-liquid. When it comes time to charge up, the base of the pen will let you know with a soft red light, and the battery can be charged with the included 510-to-USB charger.

This vape pen is 6" long and looks and acts just like a pen, with the added benefit of it mainly being a vaporizer. The ball-point pen tip at the bottom contains a small tube of ink and functions just like a real, working pen. It is capped to prevent accidental writing or spillage of ink while you store it where necessary, either in your pocket or briefcase. At the top is a clip which adds to the disguise of the vape. And for the ultimate incognito effect, the atomizer tank is tinted so only a trained eye could see any liquid inside. When it's time to vape, simply use the mouthpiece at the top to inhale- this vape is ready when you are!

There are no buttons on this device, and no way to accidentally set it off while it's stored away in your pocket or bag: it's activated by taking a draw through its mouthpiece. When you're not inhaling, the vape isn't firing, conserving battery and optimizing its lifetime.

This vape utilizes the industry standard 510 threading, so both parts, the battery and the atomizer, can be used with separate accessories. If you like having a pen on your vape you can put your favorite 510-threaded tank on this battery and utilize its operational pen tip. If you prefer having your tank blacked out and with a clip, and would rather have a larger capacity battery than the provided 350 mAh pen-tipped one, simply screw the atomizer onto your favorite high-capacity battery. But overall, this pen is a complete package with discretion at its peak importance.

To the layman this is just a normal pen; it has a black body and, though you don't click the extruded top or twist the obviously separate top part, the bottom cap comes off and reveals a functioning pen. To the savvy consumer, though, the top of this pen is only heavily tinted but filled with e-liquid. If you look hard or hold it up to the light you can see, but others who look at it may not even realize its true use. Unless they catch you taking a draw from the tip of this pen, it's just a normal pen to them.

Included with this Kit

Each order of a Pen Pal will get you a box filled with everything you need to start vaping, minus an e-juice. The box contains:

The pen tips in this device are small and only work for a short time thanks to their shallow reservoir, but they certainly complete the disguise. In total this vaporizer comes with 4 pen tips. They're tucked away inside the box storage.

Write To Your Pen Pal Every Day

Add this Pen Pal discrete vaporizer to your repertoire today! Complete any business attire with this accessory, or simply take it out on the town. It can easily slip into a pocket or bag, and looks like the rest of the pens you may have.

Available in Black and Silver.

5 based on 4 reviews.
leave a review

Amazingly clever. A must have.

Amazingly clever. A must have.

Best gift ever. Will get one for myself too.

Best gift ever. Will get one for myself too.